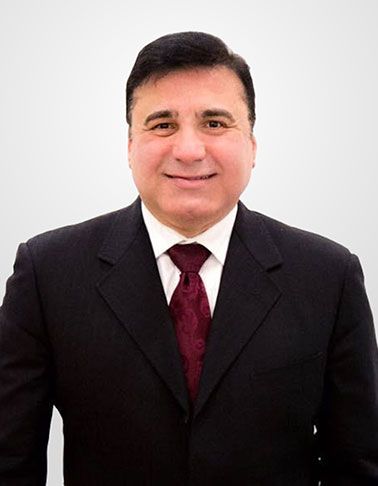 Dr. Osama Hassan Salha was born and raised in Doha, Qatar and obtained his high school certificate from Al-Istiklal School  in 1982. He left Qatar to study Medicine at the Royal College of Surgeons in Ireland (RCSI)  and graduated in 1989.

In 1990, Dr. Osama moved to London to join the renowned Hammersmith Hospital where he began his specialization in the field of infertility and reproductive medicine. In 1995, Dr. Osama Salha became the first Arabic doctor to obtain the position of Sub-Specialist in Reproductive Medicine and Surgery from the Royal College of Obstetricians  and Gynecologists in London.

In 1999,  Dr. Osama moved to Leeds to join St. James University Hospital, which is the largest teaching hospital in Europe. In Leeds he continued his specialization in Reproductive Medicine and in 2002 he became the first Arabic doctor to obtain a PhD in the field of IVF from the University of Leeds.

Dr. Osama Salha and his family moved to Kuwait in 2004 after spending more than 22 years in the UK and Ireland. In Kuwait, Dr. Osama joined Dar Al-Shifa Hospital as the Head of the Department of Obstetrics and Gynecology and the IVF Unit.

Over the following years, the IVF Unit at Dar Al-Shifa became one of the most successful units in the country.

In 2011 he moved to the Royal Hayat Hospital which is a very prestigious private hospital where he became the Head of the Obstetrics and Gynecology Department and Head of the IVF Unit until December 2015.

In January 2016, Dr. Osama Salha returned to Doha to establish Elite Medical Center and set up the first private IVF Unit in Doha built and equipped according to latest technology in order to provide an efficient and rewarding treatment to the infertile couples in Qatar.

Since then , Elite Medical Center, has managed to become one of the leading one-day-surgery hospitals in Doha, and the IVF Unit became one of the most successful in Qatar doing more than 1000 cycles per year with pregnancy rates reaching up to 70%.